This article could contain outdated information that is inaccurate for the current version (0.48) of the game. It was last updated for 0.46.

Umbral Wildwood is a heavily wooded map, characterized by its open fields bordering an immense forest.

A Huge Map rework has been done with Update 0.26. Towns like Dredgefort, Thunderfoot and Borderwatch have been removed entirely. New structures like the Oil Well have been added.

In Update 0.29, Border Forts has been removed and been repurposed as Zone Bases.

In Update 0.41, much of the Bulwark has been rerouted to west and north of the map, following alongside the "Great March" to the west side of The Gap. Goldenroot Ranch has been converted into a Relic Base. Thunderfoot is now a town (includes a Seaport). Thunder Row relic base has been retired. 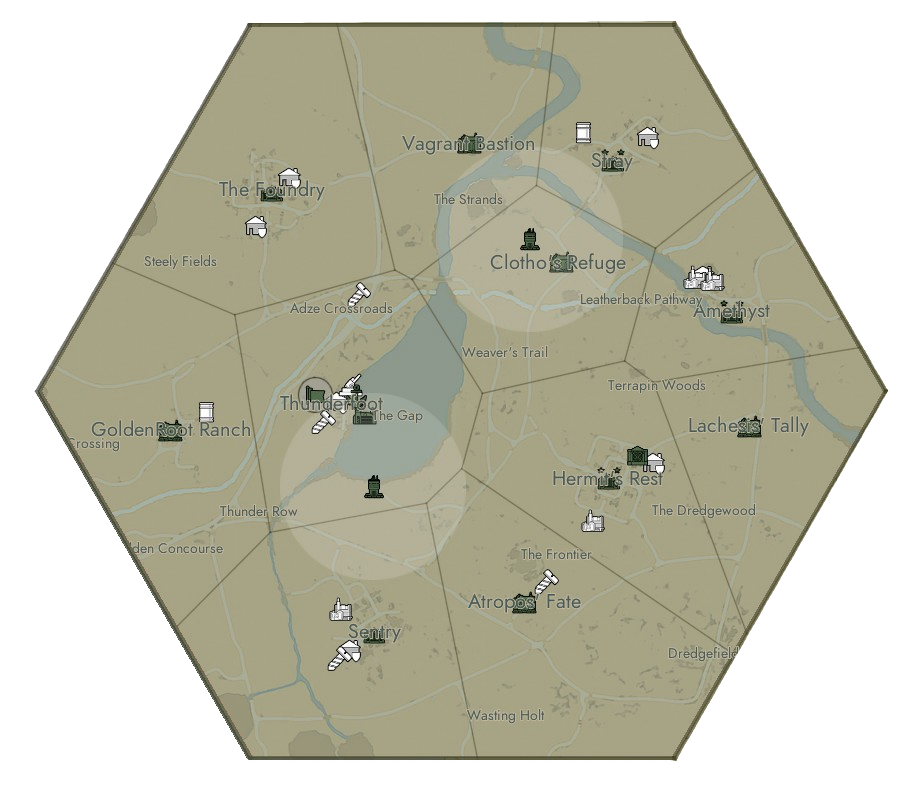