The Heartlands is a map that was added in Update 0.0.17. It is mostly flat on open terrain, making it ideal for mechanized assaults over wide open ground. The Blemish town, nestled into the heart of the Bulwark was the site of the Breaching and has since been a home to Veli Colonials. The walled town should offer a fresh, dynamic approach to urban combat.

In Update 0.12, all production buildings (barring the Medical Lab and Refinery) were removed from the map as a World Conquest balancing measure.

In Update 0.13, it was expanded to include the lower Heartlands and thus the name was renamed from Upper Heartlands to Heartlands. The update reintroduced Crafting buildings and gave the Colonials a Home Base as part of the North-South World conquest Orientation changes.
In Update 0.20, the already on other maps existing Observation Towers and the new structure Safehouses have been implemented to this map.

In Update 0.29, Border Forts has been removed and been repurposed as Zone Bases.

In Update 0.41, much of the Bulwark has been repositioned towards the north of the map, cutting through The Breach (formerly Barronstown) to the west and encompassing Greenfield Orchard in the east. 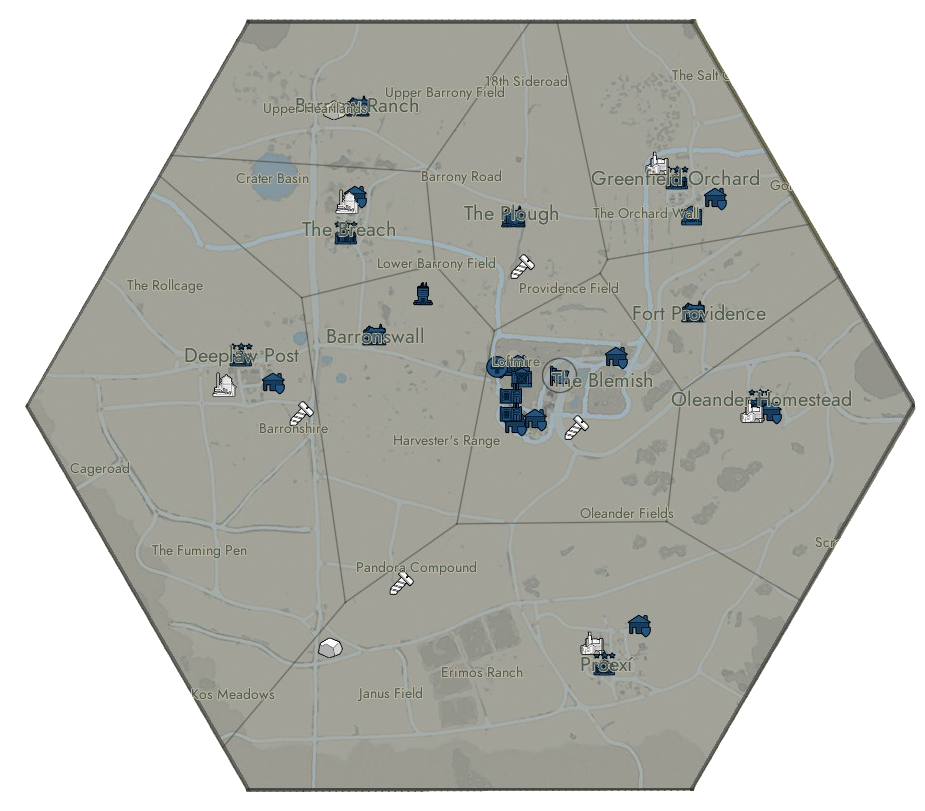 Named Locations in The Heartlands[1][]