The Drowned Vale is a map featuring a large broken dam and a swampy terrain. The map is characterised by the loads of flood damage, consisting of muddy plains, loads of small creeks and damaged infrastructure. Be careful when using an aquatic vehicle to traverse the wetlands here; abandoned Barges can be seen littered around seemingly deep enough waters. Watch out for shallow waters, or you'll join them too!

Typical for the region are the large wooden roads. These are only accessible by foot and stand very high in the landscape, sometimes reaching up to the second floor of buildings, going over both shallows and land. They also form an obstacle for defences and vehicles, and climb-up spots are limited in some spots.

The capital of the region, ironically named The Baths, is one of the struck areas of the region. It is only accessible by vehicles from the direct north and south. The small islands are interconnected by fordable water and the large wooden pathways typical for the map.

It has been added to the game with Update 0.26 with the introduction of the hexagonial maps. 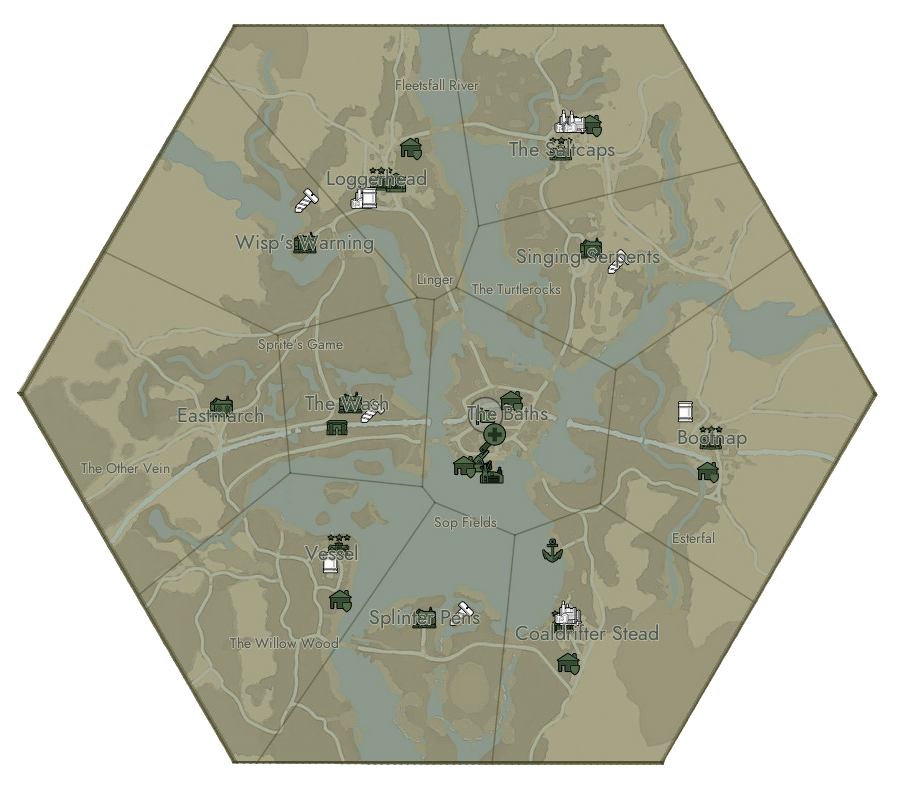 Named Locations in The Drowned Vale[1][]