Terminus is a map in the Southeast of the world with a single large port in the center of the map. It provides a land connection to The Fingers

The map of Terminus was added in Update 0.46 Entrenched. 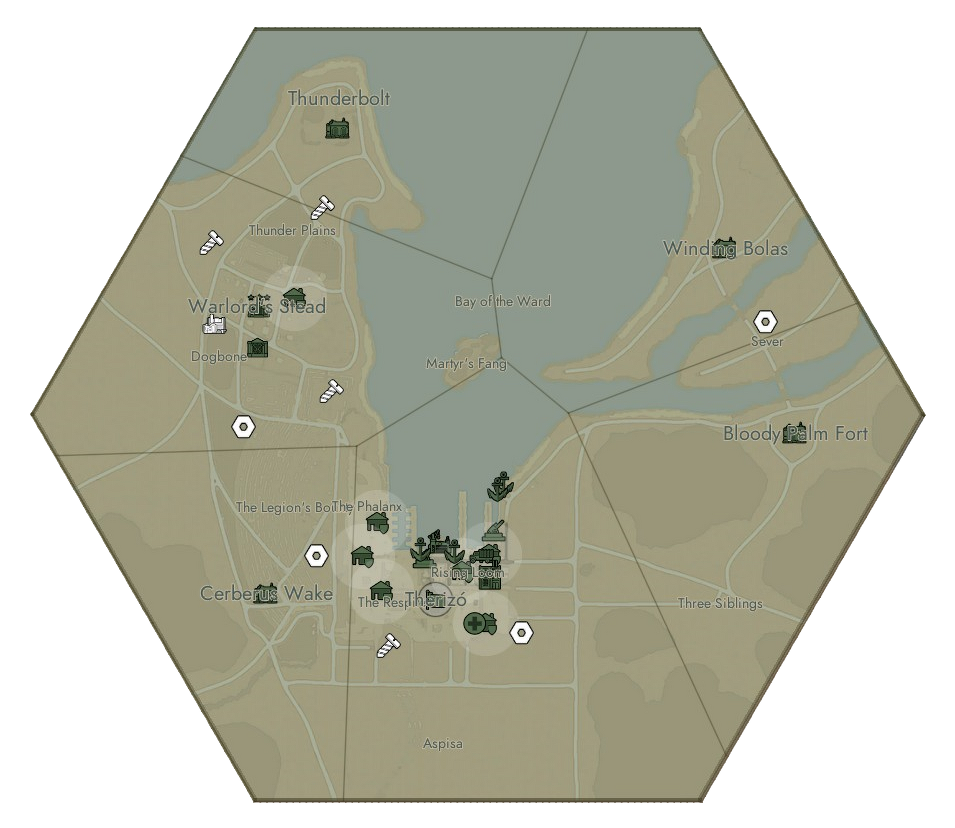 Terminus features the port city of Therizó (mentioned previously in the lore around Smuggler's Fort), along with a large body of open water. The city features architecture different from the central and northern regions, having a more Mediterranean style.

West of Therizó are a large layered terraces. These consists of flat ground with small stone ledges to the next level. These ledges can provide cover for armies advancing up-hill. No vehicle can climb the ledges. However, vehicles can drop down from a ledge, allowing a force moving down hill to do an all-out assault with armour. The terraces also features many bushes providing camouflage.

The area south and west of Therizó are open fields. In the southeast corner and along the east mainland coast are impassible rock formations.