Tempest Island is an eastern map. It features a collection of small islands, three of which close together, forming the logistics map. It has only a bridge connection to Allod's Bight to the south-west, but the map also has small strips of land connected to Godcrofts. Formerly a Skirmish map, the old map lay-out can be seen in the main islands, albeit rotated 90 degrees.

Tempest Island was retired in Update 0.14. A modified version was used for the first Dead Harvest event.

It was reintroduced into the game in Update 0.20 (0.20.17.9), after it was redesigned in Update 0.21 to allow border travel from the mainland; it was also one of the three maps allowing for the construction of the new Motorboat.

When the Skirmish game mode was retired, the maps were joined onto the then connected world map in Update 0.23. 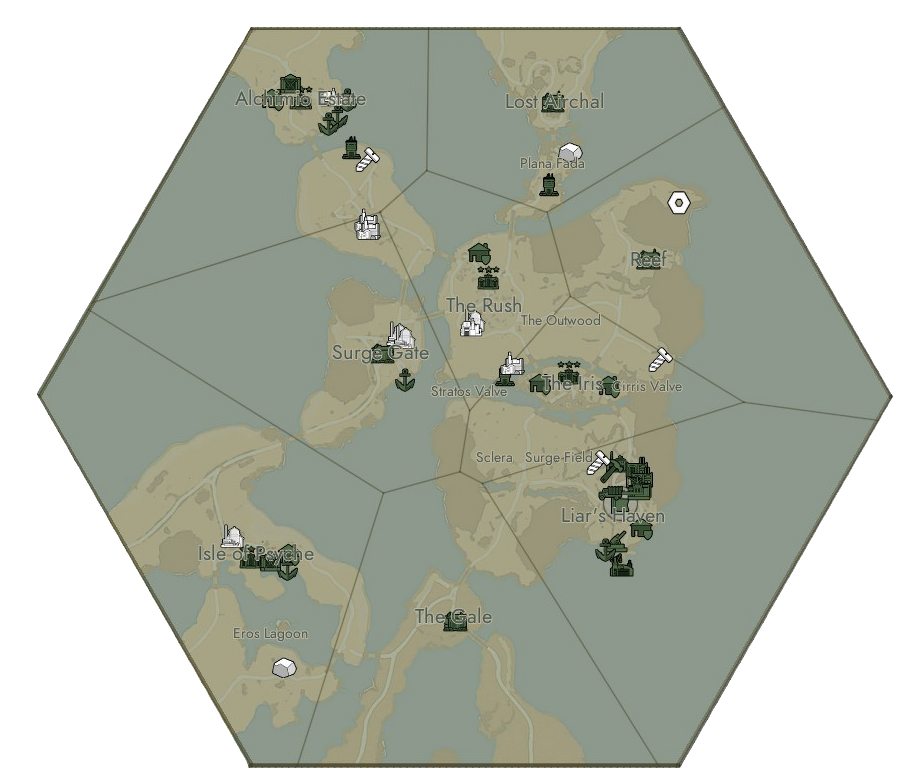 The island north west of The Rush was unofficially called "chicken nugget island" by the Colonials. The name later appeared on Update 46 Dev Branch.[2]