Seasonal events are events which take place at different times of the year.

Dead Harvest is an event which takes place around Halloween every year. When the event is running, Mechanized Utility Vehicles and Cursed Zombies are added to the game. Each Faction has figured out how to weaponize the Cursed, and use them to augment their armies against the enemy. Creating Cursed, Avartachs, and Balor Spawn with different types of Soulstone, each having a different attack and damage system. Players fight against each other as usual, but may change into a zombie to fight in that form.

Dead Harvest was initially run in 2018, where it was more cooperative than it is now. Taking place on an early version of Tempest Island, the first version of Dead Harvest made both teams work together against a zombie horde. When a player died, they joined the zombie horde. Zombies who lived longer and got more kills would evolve, gaining more health, speed, and damage with each kill. The second version, run in 2019, saw the Cursed trying to take over the mainland by creating an Endless Night by taking over and cursing Forts around the map.

The Foxhole Annual Festival is, as its name says, a yearly event. It was originally organized by the player base, but since 2020 it is organized by many of the same players working with the Developers to have space for it to run outside of the regular war.

The first festival was held on the 23rd of April 2017 during Weekly War #32, the last one before the implementation of Update 0.10. It was called "First Unofficial Foxhole Festival", and was fully organised by the players unbeknownst to the development team as a surprise. A large number of vehicles were made for a grand parade with many clans participating.

On 21st of April 2018, the Second Unofficial Foxhole Festival was held. A compilation of the second festival can be hound here. 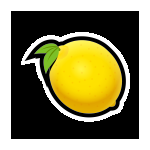 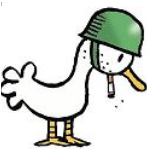