Red River is a map in the south of the world with a long winding river running through it.

Red River was added as a map in Update 0.46 Entrenched, but the name was previous used during the Red River Demo event. 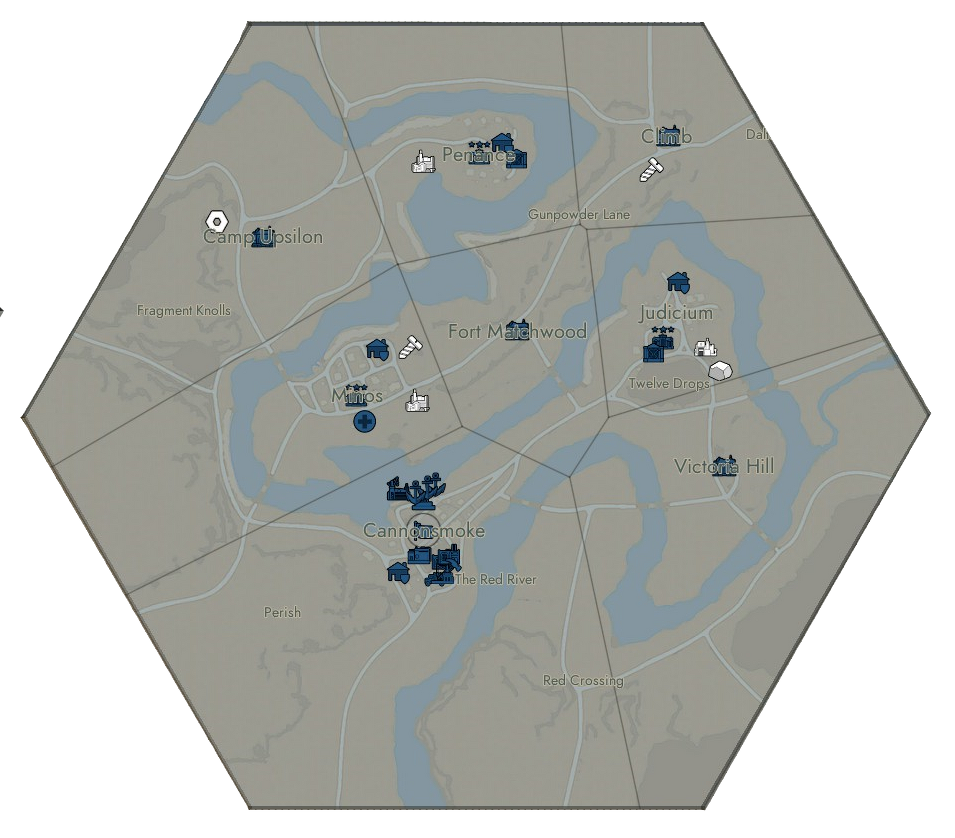 The map features a heavily meandering river called Red River, after which the map is named. It features 4 settlements: Penance in the northern peninsula; Minos lays centrally; Cannonsmoke is an industrial city featuring the region's Seaport; and Judicum in the east of the map.

Penance is a small town with only one road access from the rest of the map. The peninsula features a short rocky cliff for most of its coast; suitable for infantry to jump off an APC or Barge, but impossible to land vehicles.