The Reaching Trail was a Skirmish map, described as a tightly paced map with a mix of varied elevations and tactical opportunities inside a small mountain pass. It is highlighted that making use of these different natural obstacles will be vital as you work to cut off supply lines and prepare for coordinated assaults.

The map was released Update 0.11, and expanded in Update 0.14.
In Update 0.20, the new structure Safehouses have been implemented to this map.
As of Update 0.26, this map has been updated to its hexagonal design and is implemented as part of the World Conquest. 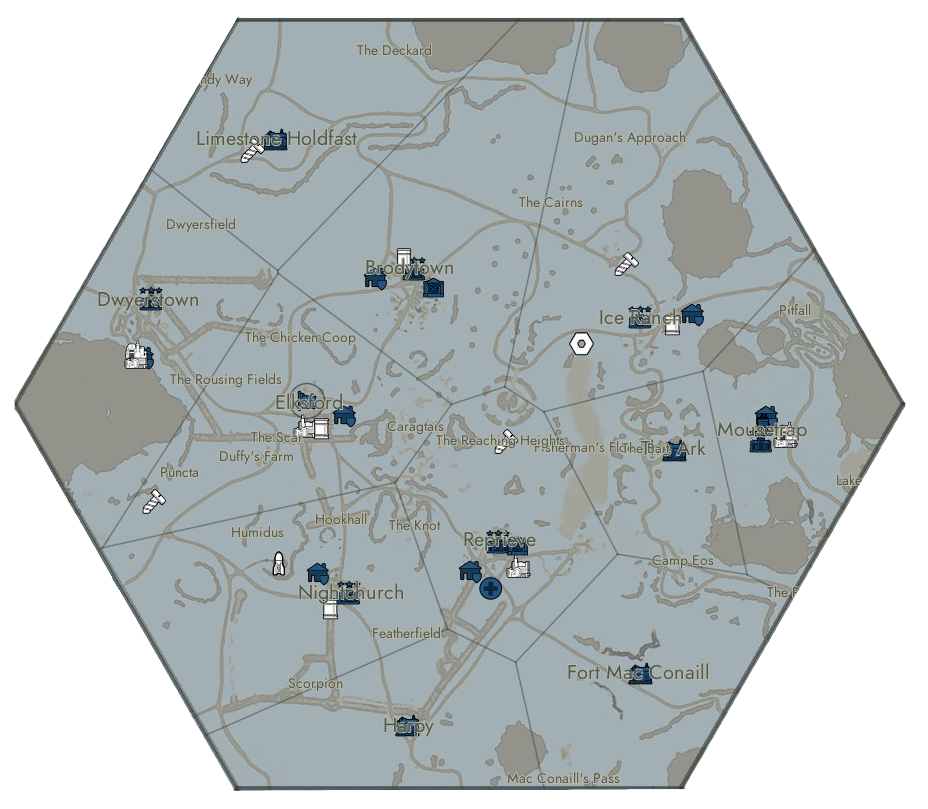 You've stumbled upon what appears to be some form of meat processing facility.

Inside the cylinders, you see the remains of–as far as you can tell–small birds, oils, and a wide variety of salts and spices.

There's some intriguing poetry on a journal page marked by a folded corner.

Eagles fly, but only beasts takes the sun;
The sands of time have turned to flies.
It's no gift, but a garish curse, the machine always seems to run.
Who tells tall tales? it is not I, my brethren are plump with lies.
Why shoot the messenger?
But I know you will, Callahan always takes my gun.

There is chaos all around you.

Blood still stains the frozen earth and viscera is splattered about.
The blood has long since dried, the corpses frozen for many moons, yet curiously, the coals in the fire still smoulder.
Almost as if someone had spent time here recently.