The standard Rifle for the Warden faction.

The No.2 Loughcaster is a bolt action rifle unlike its colonial counterpart, giving it a slower fire rate and a slower reload. This is balanced with a slightly longer range, view distance, and with higher accuracy.

The rifle weighs more than the Argenti (12% vs 18% Encumbrance) and takes .2 seconds longer to reload. It costs the same as the Argenti, but is produced a full 10 seconds faster.

The rifle is reliably able to down enemy players with two shots in close to medium range, while remaining pinpoint accurate at its maximum range.

The Soldier Uniform reduces the Encumbrance from 20% to 15%.

The Loughcaster offers much better performance at longer ranges then the Argenti. As such it benefits the shooter to keep their distance and seek out good cover that lets them effectively stabilize the weapon, improving recoil recovery and allowing them to exploit the loughcaster's superior accuracy.

While its precision helps offset the loughcaster's lower rate of fire in medium range gun battles against Argenti armed troops, it is simply inferior at close range. It is highly advisable to either switch to a more suitable secondary weapon, like the Ahti Model 2 or the Cascadier 873 when faced with short range fights. Alternatively, equipping a Bayonet can mitigate the weapon's poor CQB performance. 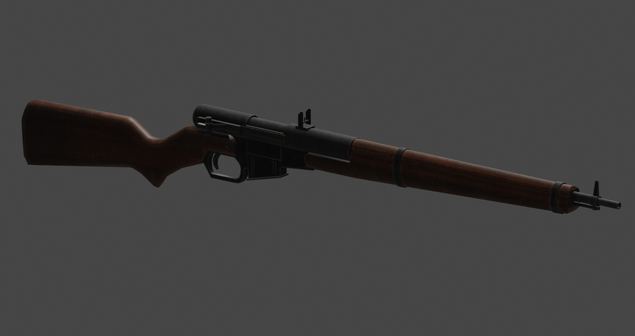