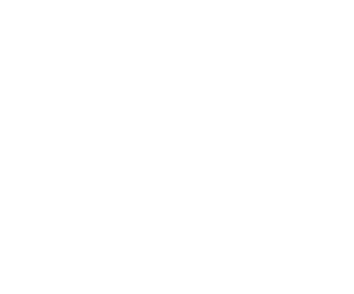 The Landing APC is an armored, amphibious personnel carrier primarily used to transport troops via land and water. It is designed to transport 8 people. It is unarmed, but soldiers in the rear bay are able to use small arms and grenades while the vehicle is moving, and heavier weapons when the ramp is down.

The Landing APC has capabilities of seating 2 crew members (1 driver, 1 passenger). However, it has a large open space in the back with enough room to fit up to 6 people. The APC has a ramp to let infantry in the back. It is toggled by the driver by pressing F. The APC cannot move or turn while the ramp is down. It is also not able to move if any passenger is encumbered but can still rotate.

The amphibious nature of the vehicle allows it to also float and traverse on water. The APC can access the water from a beach or slope. Jumping of a steep coast or dock is also possible, although you risk losing passengers. The ramp cannot be opened when on water for obvious reasons. When the APC is in water, infantry that went overboard can get back in the APC by vaulting (spacebar) the side of the vehicle.

The infantry in the back of the vehicle are able to use all their gear from within the rear bay while the vehicle is moving except for heavy weapons (Machine Gun, Mortar, etc...) that require the ramp to be down.

The APC can be packaged, forming a large Shippable that can be lifted by Crane, but only transported by a Freighter or Barge.

It is heavy enough to trigger anti-tank mines and cannot safely cross Field Bridges. It is too small to cross Trenches. It can run over Sandbags, tier 1 walls, and Barbed Wire Fences.

The APC is best suited utilized as a troop transport vehicle and for small assaults, As such, it can be an effective tool for destroying enemy defenses using variety of weapons. These include High Explosive Grenades as the passengers are able to use these whilst being shielded by the armor of the APC. With a well supplied and organized crew an APC can make quick work of most light Defenses.

It is important to never over-encumber yourself as a passenger because the driver must be able to escape quickly. It is strongly recommended that at least one passenger is equipped with a First Aid Kit and Trauma Kit which allows the APC to stay in the fight much longer by keeping people alive.

The vehicle is best used with the rear armor towards the enemy as this allows the infantry inside to shoot clearly (you cannot shoot over the front cabin). A majority of driving an APC as a combat vehicle is done by reversing, this also means that in situations where retreating is needed you are able to quickly escape just by driving forwards.

Gas Grenades are one of the biggest threats to APCs, able to fully wipe the entire crew out if they are not equipped with Gas Masks. As with all vehicles it is strongly advised all crew members and passengers are equipped with gas masks and additional Filters.

APCs are extremely useful to use as a precursor to a naval invasion. They can also be used as an effective ferry due to the higher speed in water compared to a barge, delivering more troops and supplies to the fronts.

APCs can trigger Anti-tank Mines which instantly tracks them, and the infantry at the back cannot spot enemy mines off-road despite not being technically inside the vehicle.

The APC gets disabled under 50% health, making even more vulnerable.

The APC has tracks that can be disabled, slowing the vehicle to a snail pace.

These vehicles appear to be inspired by the American "Landing Vehicle, Tracked" (LVT) series of vehicles, with the Colonial APC appearing very similar to the prototype LVT-1.