This article may contain outdated information that is inaccurate for the current version (0.44) of the game. It was last updated for 0.43.

The Home Region acts as a central hub for all players on one faction. It is periodically reset to its default state every couple of hours or so, giving a 10 minute warning when doing so.

The training course that allows new players to learn the very basics of the game, such as the controls, and firearm coverage.

There are 2 Salvage nodes, 1 Components node, a Construction yard, a Refinery, and a Factory to allow players to get a feel for ordering items and the integral role that logistics plays in the war.

This area has all 4 types of Resource Mines to test around.

A driving range that allows players to play with Transport Trucks, Transport Buses, Armored Cars and Motorcycles. The course itself provides a means by which new players can get a feel for the driving, handling, and refueling mechanics of vehicles in the game.

A Harbour with shipyards at which you can test drive all types of ships.

On the Deployment area players are allowed to select a region to travel to, enabling them to join the World Conquest or fight in the Resistance Phase. 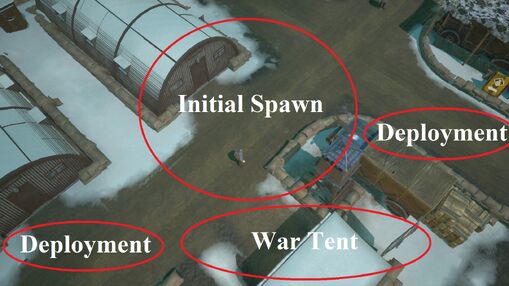 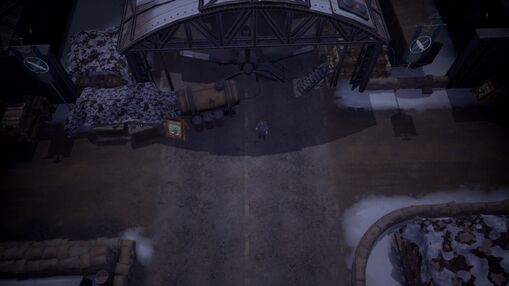 This tent allows players to view the whole map of the World Conquest. On the map they can see their faction's Map Intelligence, which towns each faction controls, friendly Forward Base positions, and resource nodes and Mines.

This stone work of art serves as a trophy to show how well a faction played in the previous war.