Godcrofts is a map in the Northeast of the world map. It features a bunch of islands, all interconnected with bridges, and two medium sized towns. The islands also have several bridges connected to the mainland and the industry is focused on the west side, which makes it significantly different from its mirror counter part Fisherman's Row. It is connected to the main land via the maps Endless Shore and Weathered Expanse, the latter being only connected with a slither of land and a single road. Godscrofts also shares it eastern island with the map bellow, Tempest Island, for which it forms a staging ground.

Godcrofts has been added with Update 0.26.

In Update 0.41, the easternmost landmass (including the town Promithiens) has been relocated to the center of the map, replacing the island crossroads. 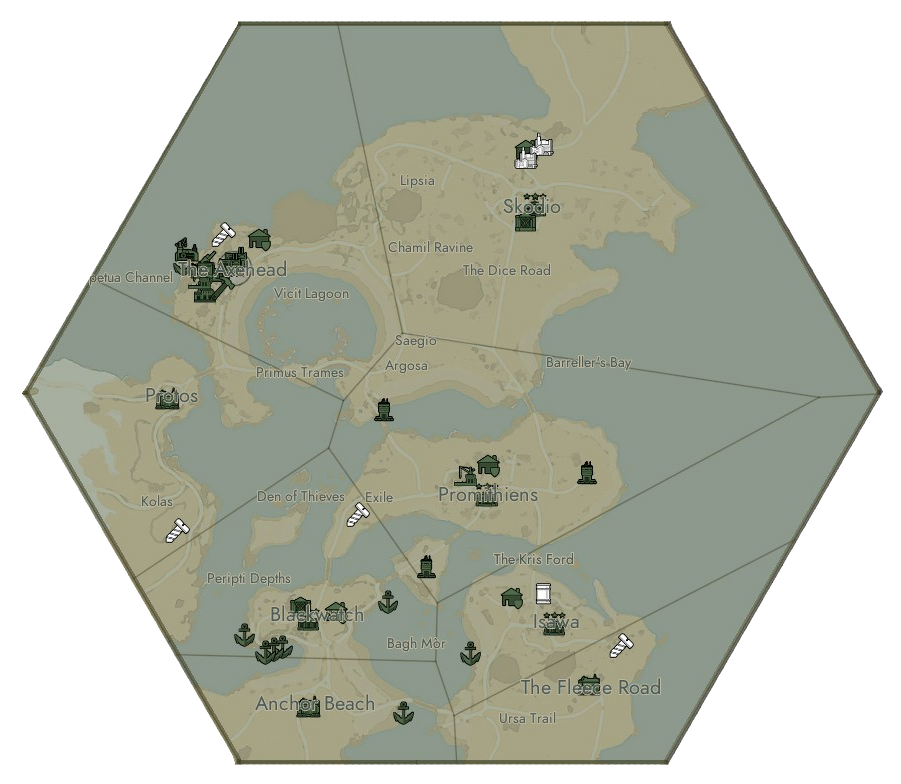