This article is considered accurate for the current version (0.45) of the game.

The Garrisoned House is a static World Structure that can be found in all towns and surrounding areas in a demolished state. These buildings can be rebuilt and garrisoned by interacting E with a Construction Vehicle and Basic Materials once the appropriate Research is complete. When constructed, the building will act as any other standard Defensive Structure and will fire at any enemies within its range from the windows marked with Faction specific Colors. Many garrisoned houses feature elevated or protected firing positions that can be accessed by the owning team by going to the position's particular entry point and pressing the Enter Structure key (Q by default). Most firing positions' entry points are marked with a large white "X" on the wall.

. The tier of the connected static base determines the max possible tier of Garrisoned Houses.

The garrisoned house is also an extremely effective defense for stopping infantry and acting as a deterrent for vehicles - with its high health pool and high rate of fire it is able to eliminate enemies easily. The building is immune to small-arms and heavy machine gun fire. It is also somewhat resilient to explosives such as Mortars and R.P.G.s compared to most other defences.

The Garrisoned House, like the Gun Turret, is immune to suppression.

Garrisoned Houses can be devastated by Heavy Artillery, leaving the houses in a ruined state unable to be rebuilt.

To see the tier of the Garrison house look at the Faction Colored windows: 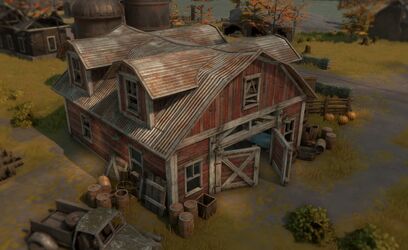 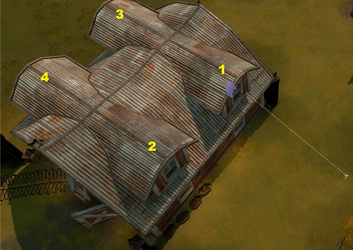 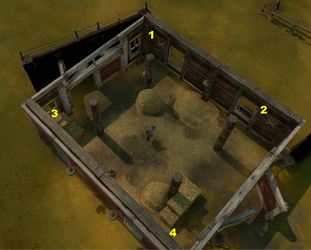 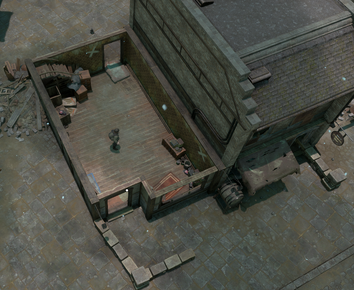