upgrade if 10 players set spawn, ie, player activity is high at the FOB).

The Field Base has greatly increased durability and prevents decay if stocked with garrison supplies. It is immune to heavy machine gun fire. Upgrading to Tier 2 costs 100 Basic Materials and requires the Small Garrison

upgrade. The Field Base is similar in appearance to a Quonset Hut.

The final form of a Forward Base. It is heavily fortified. It takes a large number of heavy explosives like R.P.G.s, Satchel Charges, or sustained tank fire to destroy it. Upgrading to Tier 3 costs 100 Basic Materials and requires the Large Garrison 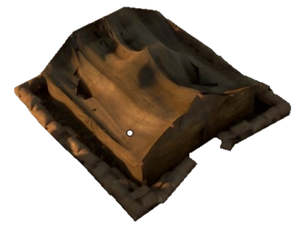