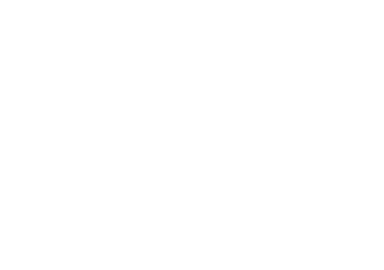 The Battle Tank is a late-game combat vehicle. The two factions have different battle tank models. The Lance-36 is the main Battle Tank for the Colonials and the Flood Mk-1 for the Wardens.

It requires a crew of 5 to operate and a strong supply line to deploy effectively. This devastating machine of war introduces the unique role of the tank engineer, who's tasked with reloading the 75mm cannon, switching ammo types and making repairs during combat.

The driver is in control of positioning the vehicle. In the battle tank, this allows them to control when and how to commit the vehicle to combat. The driver frequently has to adjust the facing of the tank to allow the machine gunner, whose weapon has a 90-degree arc to the front of the vehicle, to fire at targets.

The driver is the only crew member who can see the fuel gauge without leaving the vehicle and should carefully monitor its prodigious consumption.

The tank's primary defense against infantry is a 12.7mm machine gun turret with a 90-degree firing arc to the front. It is quite accurate if burst-fired, making it very dangerous. Though important and a large part of the battle tank's power, this role requires minimal coordination with the other crew members and is a good fit for newer players. It is important for the machine gunner to rotate their screen to take advantage of its full range. The machine gun has a fire rate of 4 rounds per second.

The turret gunner aims and fires the 75mm cannon. Due to the vehicle subsystems mechanic, precise gunnery provides a decisive edge in combat. The turret gunner can also see further than anyone else bar the tank commander.

Unlike in most vehicles, the turret gunner cannot actually reload the cannon.

What the battle tank can effectively damage depends on what ammunition it has loaded:

A role currently unique to the battle tank is the engineer. The engineer can repair the tank from the inside using Basic Materials in their personal inventory by pressing E, reload the tank gun with R, and switch shell type with F. The engineer does not require a hammer to repair, leading many to drop their hammers in order to carry more Basic Material. A Radio is also important, as the engineer cannot offset their screen from the vehicle at all, meaning they often have little to look at.

Repairing the vehicle from the inside is quite slow and the gun cannot be reloaded while it is in progress. If presented with a choice to repair or reload, reloading is almost always the correct decision. Many battle tanks have been lost because their engineer panicked upon the vehicle receiving damage and continued repairing the vehicle instead of reloading the gun. The sound of the gun firing is also oddly easy to miss in the heat of battle and so it is critically important for the engineer to be "on the ball." It cannot be overstated how badly your battle tank will lose a to another battle tank if the engineer does not reload the gun.

The engineer also selects the type of the next shell to be loaded. The battle tank can only practically carry two different shell types, and AP rounds are so powerful that it's uncommon for a battle tank to not take them as one type. The engineer can also reload a new shell type even if one is already loaded. If there is no room in the inventory for the shell - because new ammo types were loaded into the tank but a shell of a different type was loaded, for example - then the shell will be ejected and land on the ground.

The engineer can see how many of each shell type are left, but is unable to see how much Basic Material they have left in their inventory without leaving the vehicle.

Whether or not "commander" is an appropriate name depends on the vehicle crew in question, but the commander/spotter can use binoculars to see further than the other crew members and provide information on where other vehicles or structures are and how they can be effectively engaged. They can also raise the quality of life for the crew by providing them with information on what is happening around the vehicle.

Like on the Light Tank, the commander/spotter is exposed and can be shot at and killed, but can close the hatch for protection.

The commander/spotter can use a Revolver from the cupola with extreme accuracy and can use this to prevent infantry from closing with the tank from the sides.

Of utmost importance is keeping track of the location of enemy battle tanks, which are the greatest single threat to the survival of the battle tank.