This article could contain outdated information that is inaccurate for the current version (0.48) of the game. It was last updated for 0.46.

The Ash Fields is a map in the southwest of the world with a large river running through the middle of it. It provides a land connection to Origin.

The Ash Fields was added in Update 0.46 to make the overall world hexagonal, giving it the same width at any point. 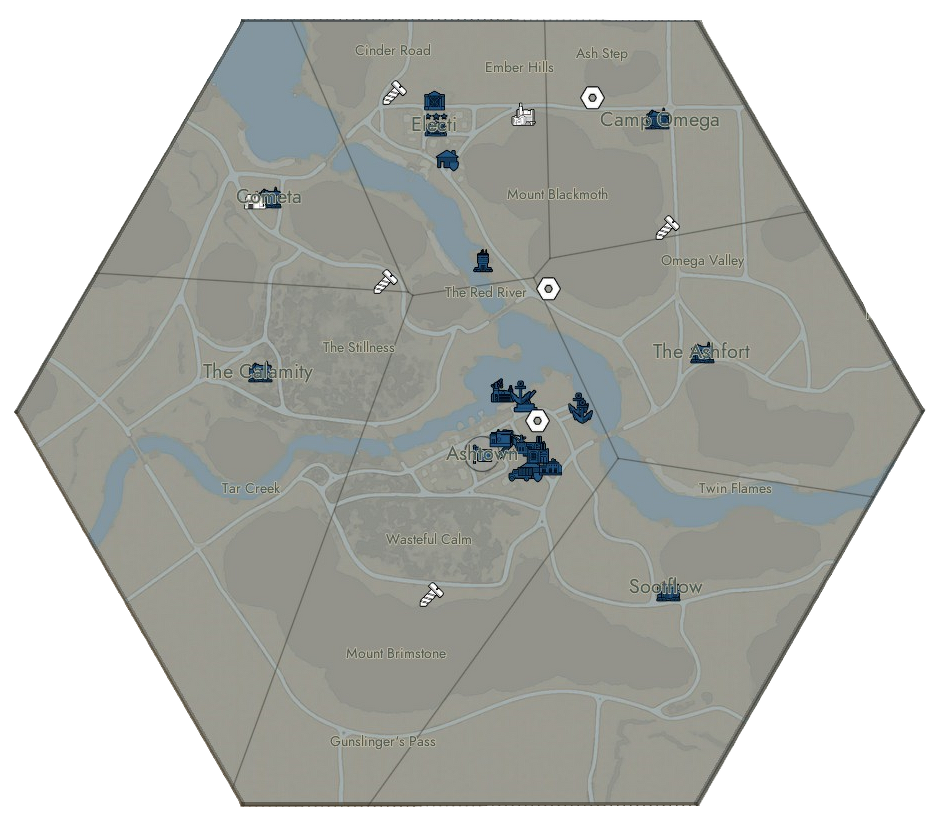 Ash Fields features much wasteland forests. The two sections, split by the Tar Creek, are called The Stillness and Wasteful Calm.

Central in the map is Ashtown, an industrial settlement. The architecture is of southern design. In the south of Ashtown, there is a long line of windmills along the road.

At the other side of the meandering Red River, you can find Ash Fort, a Relic Base. It offers a lot of large bushes in the surrounding area, ideal for ambushes by both attackers and defenders.