Allod's Bight is a map in the southeast of the world map. It is a coastal map and grants a land connection to Tempest Island.

The map features large flat lands broken up with large inaccessible mountains and rocks, as well as a few bridges. This gives the map a few chokepoints which, when taken, allow the attackers to quickly push to the next choke point. Allod's Bight also has many beaches on the north side, making it vulnerable to sea landings.

Although it appears to be one large landmass, the middle and east side of the map function as an island due to a large inaccessible mountain in the land-bridge, dividing the map in two. Luckily, there are bridges in the north and south side for land-based access.

Allod's Bight has the most eastern end of The Bulwark, which ends in the sea just south of Scurvyshire.

Allod's Bight has been added with Update 0.26 with the introduction of hexagonal maps, where it was placed east of the original 3 southern maps (Westgate, Heartlands and Umbral Wildwood). 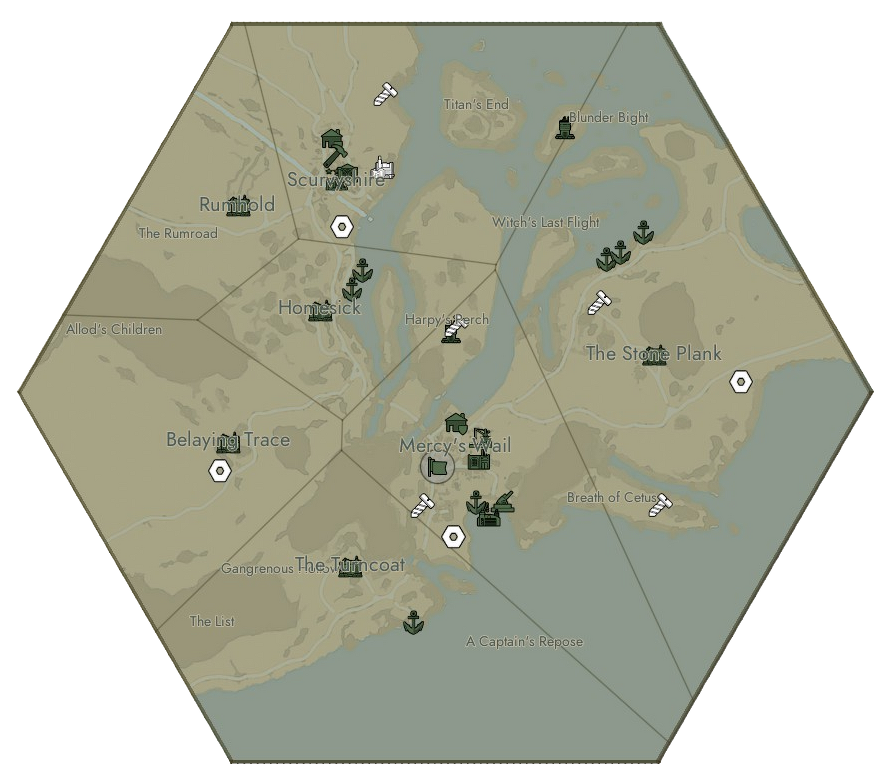